Universe is mysterious and exciting. There are so many things to discover that it is very likely that we will ever know only a negligible portion of everything around us during the humanity lifetime. In the universe there are things that we can directly observe, develop a theory about them, apply all our mathematical knowledge and say that the portion of the universe subject to our observation behaves in a specific way. With such a theory, we could also make future predictions about future behaviors. But, there are things that we cannot directly observe and, in principle, develop a theory about them. Notwithstanding, humanity inventiveness and willingness to know do not have limits and we manage to make unveil the invisible universe.

As well as in many science areas, physics has things that cannot be observed what makes them even more interesting for physicist. We are made to learn about what we cannot see. One example is particle physics. When we start to investigate what there is inside atoms, which we do not directly see, or what happens when two atoms collide at high speed (and high energy), we get such an amount of information that in many cases is disconcerting. Smaller particles, than the constituent elements of the atoms, appear. Their behavior largely differs from what we are used in our daily experience. New mysteries appear which we pile up while waiting for solving them. Neutrinos are one of these mysteries. 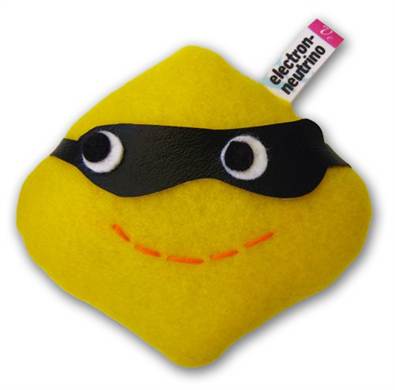 Shortly after the discovery of radioactivity, Ernest Rutherford discovered, in 1988, that one of the possible manners that radioactivity showed up was through the emission of negatively charged particles with a charge equal to that of the electron. Initially, they were named as beta particles, following the name of this kind of radioactivity which was known as beta decay, until they were finally identified as electrons.

The discovery of this kind of radioactivity opened a new research area.

Besides the efforts to understand this kind of radioactivity, it was still necessary to discover some of the missing ingredients in our knowledge of atomic nuclei and this happened after the beta decay discovery

Once all the elements of the atomic nucleus were known, it was then possible to start developing a theory for beta decay. Observations implied that the electron was emitted by the nucleus, but it was known that nucleus were only made up of neutrons and protons, to that it was impossible that the electron was inside the nucleus. The explanation that was accepted is that a neutron transforms into a proton emitting, at the same time, an electron.

However, from Einstein’s equation E = mc2, it was expected that the electron would carry off, in form of kinetic energy, the mass difference between the initial nucleus and the nucleus after the electron emission. It was expected that the energy was conserved. But this did not happen. Conservation of energy is one of the basic principles of physics and when it is not conserved it can happen either we are doing something wrong or there is something new that we do not know yet. The latter was the solution.

In 1930, Wolfgang Pauli proposed the existence of a new particle without electric charge emitted with the electron, so that total energy was conserved. This new particle had not been detected so far. Although Pauli gave it the name of neutron, it was Fermi who renamed is as neutrino, due to the discovery of neutron in 1932, when he incorporated it to his beta decay theory.

The problem was that the neutrino was still undiscovered. Even Pauli thought that he had postulated a particle that nobody could ever detect because it was so small, in fact it was thought that it did not have mass, and without electric charge that it was impossible for it to interact with any kind of matter, even with that of the most sophisticated instruments of that time.

Everything changed with the advent of nuclear fission reactors. Nuclear fission uses very heavy elements that when fission occurs, the resulting lighter elements, which nucleus has such an amount of neutrons (isotopes), cannot be stable and they disintegrate emitting electrons and (anti)neutrinos, that is, they emit beta radioactivity. Although one single neutrino is very difficult to be detected when there a lot of them, the likelihood of detecting at least one is increased. 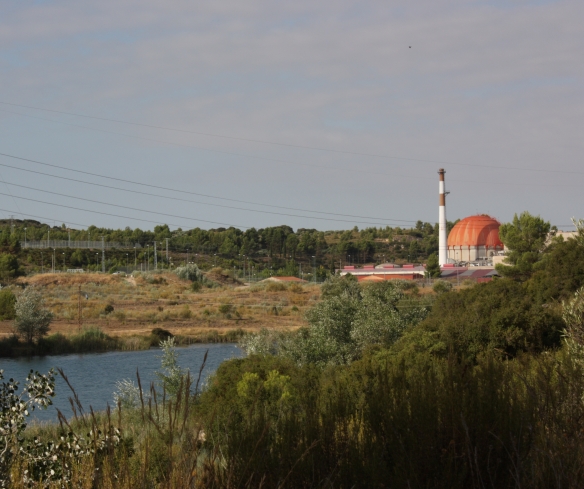 Larger experiments started to be developed, with more and more sophisticated detectors, whose intention was to detect the neutrino. Many years passed by, since it existence was postulated and the beta decay was described, until the neutrino was discovered. It was in 1956 when Reines and Cowan, managed to find a clear signal that confirmed that the mysterious neutrino had been discovered… and they did it looking for the inverse beta decay.

As we have seen before, the beta decay consists in a neutron which is transform in a proton emitting an electron and a neutrino. Actually, it is an antineutrino because when the quantum formalism is combined with the relativistic one, it is found that every particle has its own antiparticle, that is the same particle but with opposite electric charge. In the case of neutrinos, because they do not have electric charge, it is not clear yet whether the neutrino and antineutrino are the same particle (Majorana particles) or different ones (Dirac particle), but let’s leave this for another moment. The inverse beta decay consists in an antineutrino colliding with a proton giving as result a neutron and a positron (the electron antiparticle, which is like an electron but with a positive electric charge).

In their experiment, Reines and Cowan dissolved 40kg of Cadmium Chloride (CdCl2) in 400 liters of water in tanks. These tanks were at 12 meters underground, to be shielded from cosmic rays which may interfere in the data gathering, and 11 meters away from the Savannah River reactor, which was the antineutrinos source. Above the water there were liquid scintillators and below they installed photomultiplier tubes to detect the scintillating light. The positron was detected by its slowing down and annihilating with an electron of the tank content and thus emitting two gamma rays that were detected by the liquid scintillators and the photomultiplier tubes. The neutron was also slowed by the water and captured by the cadmium microseconds after the positron capture. In this neutron capture several gamma rays emitted and detected by the liquid scintillators just after the detection of the gamma rays produced by the annihilation of the positron. This delay was theoretically predicted and thus, if the experimental measure matched the prediction, it can be demonstrated that the neutrino had produced the reaction. 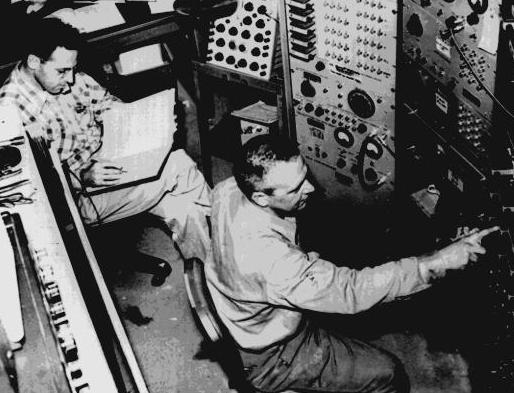 In this way an era started for researching the unknown, the small and invisible, the neutrinos. But there were still many surprises to be found, because what they had detected was only one of the varieties of neutrinos, electron neutrinos. Later, other experiments would detect other varieties.

But let’s not get ahead of ourselves…

First Detection of the Neutrino by Frederick Reines and Clyde Cowan